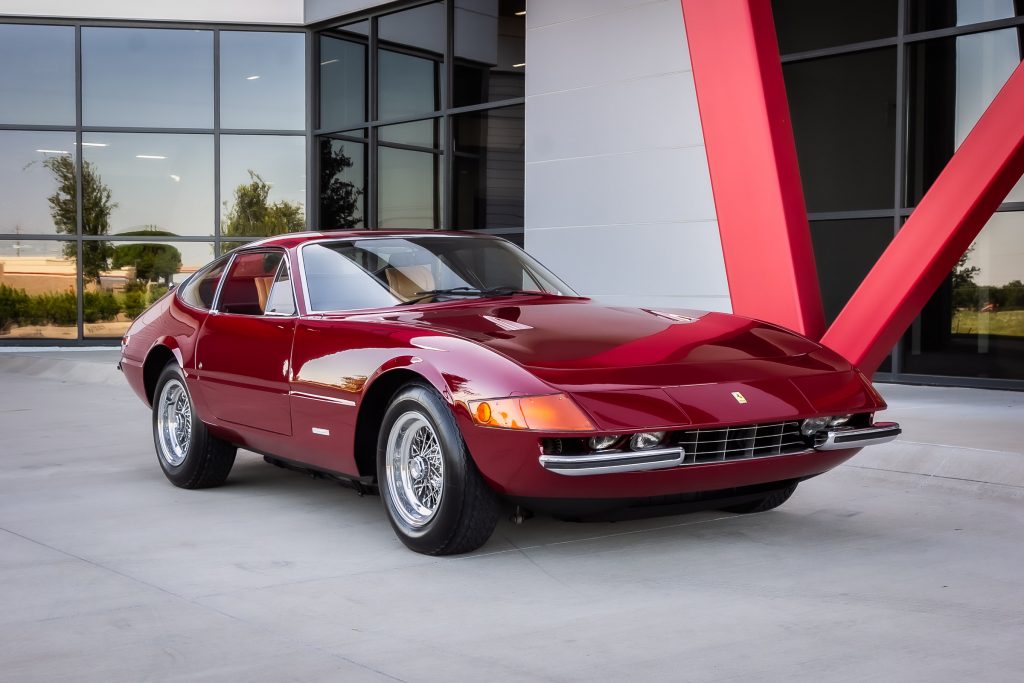 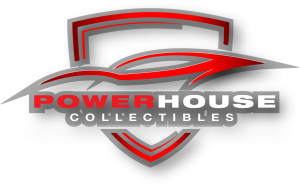 This desirable late U.S.-specification Daytona boasts impressive originality and minimal use, resulting in numerous recent FCA Platinum Awards. After its assembly was complete, on September 25, 1972, chassis number 15569 was factory-equipped with air conditioning, and it was finished in Rosso Ferrari paint over Beige leather, which are specifications that the car continues to bear today. The seatbacks were desirably upholstered with black lateral inserts, in the popular design that came to be known as the Daytona seat.

According to an original sales invoice, chassis number 15569 was sold by Luigi Chinetti Motors in July 1973, to H. Verby, of the Verby Equipment Company in Hewlett Harbor, New York, who traded in his 1969 365 GT 2+2. Ensuing maintenance invoices from Chinetti Motors demonstrate that Mr. Verby continued to service his Ferrari at the famous Greenwich importer, with records extending to 1976, at which time the odometer displayed 15,315 miles.

As of October 2002, the Daytona was still registered in Mr. Verby’s name, indicating that the original owner retained possession for close to 30 years. The beautiful car was sparingly used over the interim, as it still displayed just 27,000 miles when it was acquired by a New Jersey-based dealer of fine Ferraris the following month. It was purchased in March 2003 by a Rhode Island collector, trading hands at least once more before being acquired in mid-2007 by Lawrence Simon, of Shawnee, Pennsylvania.

Recognizing that the fabulously preserved Daytona had essentially never been presented among the growing Ferrari collectors niche, Mr. Simon submitted the car for judging at the Ferrari Club of America’s International Meet at Corning, New York, in August 2007, where it won a Platinum Award. Further 2007 events included the La Belle Macchine d’Italia (where the car received Second Place), the FCA Nationals at Watkins Glen (another Platinum Award), and the Newport Concours d’Elegance (Third Place).

The following year, 15569 was presented at the 2008 Cavallino Classic, where it garnered a third Platinum Award, as well as honorable mention in the Preservation Class. During this period of care, Mr. Simon drove the car sparingly and tended to its minimal needs, which included adding new synchros and refurbishing the lovely Borrani wire wheels.

This Daytona was offered at Pebble Beach in 2008, where it was subsequently acquired by a collector in California. When evaluated by the well-known Black Horse Motors, of Los Angeles, in late 2013, the car still displayed just 28,800 original miles. All interior cosmetics and engine bay equipment were deemed to be original to the car, with Black Horse noting that the matching-numbers engine continued to develop proper compression and the transaxle shifted smoothly. Overall, the Daytona was judged to be “very well taken care of,” and in “great condition.”

Other than the body having been repainted in its original shade of Rosso Ferrari, chassis number 15569 remains overwhelmingly original. The heater, windows, radio, lights, horn, and gauges all function properly, and the interior is completely original, including the trunk lining and the mousehair dashboard surface. Importantly, the exhaust system, the original smog equipment, and the original suspension remain in pristine condition overall.